If you wash your windows yourself, you probably do it when spring returns or shortly before fall. As a result, you make sure you have nice, clean windows before summer or winter, depending on the weather. Did you know that you could have your windows cleaned more than twice a year?

By entrusting the cleaning of your windows to the 123Entretien of Longueuil professionals, you kill two birds with one stone: you benefit from an optimal, fast, professional and efficient window cleaning, while not having to block a day for clean your windows yourself. Simple, no?

Draining and unclogging of gutters

Gutters are designed to drain the water out of your roof, to prevent weather damage and wash your roof in the long run. To get there, your gutters must be clean and empty, to allow the liquid to flow normally.

You do not have to worry about it: do not make yourself a stuntman trying to clean your gutters yourself with a ladder. Call on our 123Entretien Experts! We have the equipment, we have the know-how: in no time, your gutters will be clean and more efficient than ever.

Whether your stoop is dirtier than dirty, your backyard trail slabs have lost their original color from the elements or you just want a deep wash, high-pressure washing is a great solution. Rather than having to get high-pressure jet washing equipment, contact us.

Why? Well, we are the reference in the region of Longueuil for everything related to outdoor cleaning and maintenance, so you will not go wrong choosing us. Not only will you benefit from a high pressure jet wash, but you will also benefit from the expertise and advice of our experts. 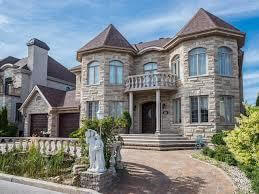 The evolution of Longueuil in recent years

Longueuil is the most urbanized area of ​​the Montérégie region and the southern suburbs of Montreal.

For 10 years, the city of Longueuil has increased by about 10,000 inhabitants in terms of population, whose multiculturalism only increases from year to year.

Longueuil also has its own public transportation system, the STL (Longueuil Transport System).

In short, the city is booming and has not finished developing, because if Old Longueuil is full of cachet and history, the new neighborhoods fill up continuously.

Detailed answer in less than 24h

It only takes a few seconds

The cities on the south shore that we count with approximately 86,000 inhabitants, Brossard was once merged in Longueuil, between 2002 and 2005, but became a municipality again in its own right following a referendum. The city is located along the St. Lawrence River and the Saint-Jacques River. It is possible to get there using several highways, including highways 10, 15, 20, 30 and 132, and by Highway 134 or Boulevard Taschereau .ervons and their particularities

Named in honor of Julie Gauthier, who conceded the land on which the first church of the municipality was built, Sainte-Julie is a municipality located in the Montérégie, several kilometers from the St. Lawrence River. Over the last fifteen years, the population of Sainte-Julie has remained relatively stable, remaining around 30,000 inhabitants.

A few kilometers from the Island of Montreal on the south shore of the St. Lawrence River, the town of Boucherville was founded in 1667 by Pierre Boucher, and was named in his honor. It is made up of many neighborhoods, including the Quartier Harmonie, the Quartier Le Boisé, the District of the Towns and Provinces of France, the Old Boucherville, the Industrial Sector, the Seigneurie, the Sabrevois Estate, the Carrefour-de-la-Rive- South, the Faubourg Sainte-Anne and the projected neighborhoods.

The borough of Saint-Hubert is an old city located in the suburbs of Montreal; It is also the site of the Longueuil Town Hall and retains its name in honor of Hubert de Liège. The population of Saint-Hubert is 80% French and 8% English. Today, Saint-Hubert is one of the largest airports in Canada from an air traffic perspective. 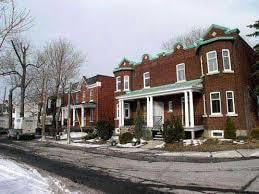 Saint-Lambert is a city on the south shore of the Island of Montreal, with a population of approximately 22,000. Its motto is: “Maximus in minimis”. This means “to be big even in the smallest details”. The city was named in honor of Lambert Closse, merchant, seigneurial notary, Sergeant Major of the Ville-Marie Garrison and Acting Governor of Montreal.

Composed of 17,000 inhabitants, Sainte-Catherine is a city located in the suburbs of Montreal in the Roussillon RCM, near the St. Lawrence River and close to the Lachine Rapids. One of the greatest recreational and tourist attractions in the city of Sainte-Catherine is the Récré-O-Parc, a migratory bird sanctuary set up for hiking or biking on the shores of the Lachine Rapids.

Located at exit 22 on the highway, Chambly is famous for its fort, Fort Chambly, its canal or the Chambly Canal, and its white beer of the same name brewed by Unibroue. Chambly is the dominant city of the Chambly Basin census division, which includes three other cities; the city of Carignan, the city of Richelieu and the city of Saint-Mathias-sur-Richelieu.

GET A FREE QUOTE 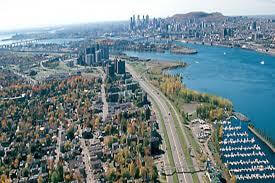 Between the cities of La Praire and Delson is nestled Candiac, a town included in the RCM of Roussillon and whose population is close to 20 000 inhabitants. Founded in 1957 on an area of 10 km2, Candiac is today a residential and industrial city, although the industrial aspect of Candiac is much stronger than the residential aspect: indeed, at its creation, it was expected 50,000 inhabitants in Candiac, which is still not the case today. 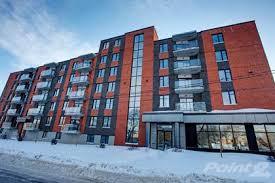 It only takes a few seconds